About the richest man in the world and what they are doing with the money, who are the game changers and who are lifestyle promotors

How the rich spend their money

A recent Podcast featured a Chinese Canadian name CZ that happens to own Binance and license the Rights to Binance US. This is a broking house for Cryptocurrencies and is on top of the pack. When I do a Google search CZ is worth a lousy 1.4 billion however I think that is grossly understated. His share in Binance US is probably worth 200 billion or more

When asked about his wealth CZ stated it was not an important part of the conversation. He said that he would give it all away anyway as he was not interested in the money.

Easy to say when you have it however he was being quite sincere in what he said.

Changpeng Zhao, commonly known as “CZ”, is a Chinese-Canadian business executive. Zhao is the founder and CEO of Binance and is just 44 years old born in 1977.
Binance is The World’s Leading Blockchain Ecosystem and Digital Asset Exchange

First of all, I must admit to having a Boy crush on Elon. Yes, he is really rich and is usually the richest man in the world depending on what is happening at the time.

What makes Elon stand out is his focus on creating a better world to live in. He does this often against all the odds by sheer persistence to achieve the goals he has set.

An example was at Tesla. He opted to take no salary however he put into place achievement goals that would earn him the right to buy shares at the current price. The board jumped at this because the goals were so far ahead of where they expected to be it was a real wishing game.

Elon has not yet missed a performance achievement. In fact, on December 21 he had shares to purchase at $5.00 when the market price was over a thousand dollars a share. Because of the capital gain, the purchase bought a tax cost of nearly 60% of the thousand dollar price. Still a healthy gain.

They laughed at Electric cars

The pundits laughed at his electric car venture because it would never happen. Now the whole world is following suit to be full EV by 2050. This will make a difference to global warming and provide an ongoing benefit to mankind

The Musk venture into space was premised on the fact that the US had fallen out of the race and he wanted to revitalise the industry.

With his usual flair, he went to Russia to buy a couple of rockets to play with. The deal fell over so on the plane home he said to his brother, “you know what, I can do this better than the Ruskies” and he did.

The cheapest Rocket launches were followed by reusable rockets so saving on waste and indeed lowering the price. It has not been without quite a few failures and near disasters that bring them to the success they wanted.

Using advanced satellites in a low orbit, Starlink enables video calls, online gaming, streaming, and other high data rate activities that historically have not been possible with satellite internet. Users can expect to see download speeds between 100 Mb/s and 200 Mb/s and latency as low as 20ms in most locations.

Again Starlink will bring a broadband network to anywhere in the world. Many have tried but few have achieved it. This will change the lives of many people and indeed countries.
Without a reliable broadband network growth is contained.

My point here is that Elon is using his wealth to create a better world not just for personal gain.

The founder of Amazon's net worth of about $201 billion

First of all McKenzie Besos (now Scott) plans on giving half her 35 billion divorce settlement to charity.

Geoff however has also been touched with Rocketman phobia and is exploring space for rideshare operations.

However, he recently donated nearly a half-billion dollars to climate change focus to add to his good deeds.

However, pore Geoff is often criticised for his lack of empathy and charity.

The Giving Pledge was created by Bill and Melinda Gates and Warren Buffett in 2014, and the concept is relatively simple. The pledge is “an open invitation for billionaires, or those who would be if not for their giving, to publicly dedicate the majority of their wealth to philanthropy.”

These funds are distributed worldwide in non-profit operations fighting disease, poverty, and, inequity situations. In 2021

Making a difference in our world.

Warren Buffet also stands out in his ability to give it all away.

Outside of investing, Buffett has directed much of his wealth toward philanthropic endeavours. Between 2006 and 2020, Buffett gave away $41 billion—the majority of which went to either the Bill & Melinda Gates Foundation or his children’s charities. Buffett launched the Giving Pledge alongside Bill Gates in 2010.

Talking to reporters after he had become the first of the three billionaires to take a space trip himself, Branson celebrated Virgin Galactic as an instrument of egalitarianism. “Imagine a world where people of all ages, all backgrounds, from anywhere, of any gender, of any ethnicity have equal access to space. And they will, in turn, I think, inspire us back here on Earth.”

Another Rocket man achieving something for Humanity or perhaps for self.

About the richest man in the world and others.

These are all names that are heading the list of the rich and famous.
They do have their ideas for donations however many are still trying to build companies to achieve greater wealth.

My journey started with the CZ interview because he is very humble and very smart as well. Personal wealth is not his objective.

Elon Musk still works harder than anyone and dedicates his life to building transformational technologies, at which he has been very successful.

The Gates family trust is not just a short-term fix it will reach into many decades ahead making the world a better place.

Finally, it is hard work giving away money. It must be done correctly and for the better good and not squandered on idle pursuits of fantasy.

About the richest man in the world by Peter Hanley

IS the Hemmingway App Help or Hindrance 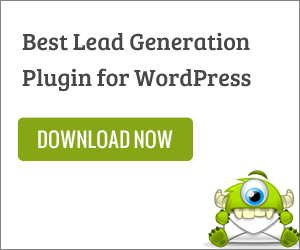